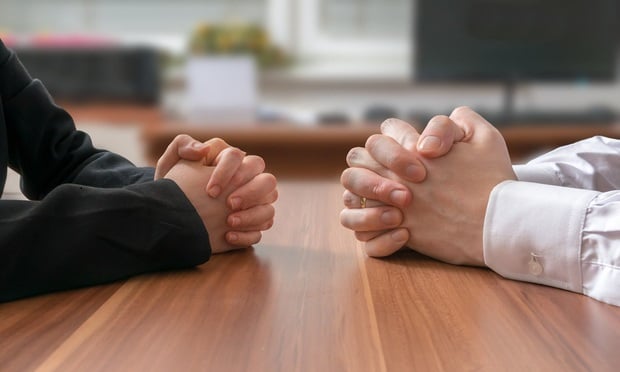 If a landlord thinks a tenant can survive after the COVID economic crisis passes, they’re usually motivated to work on payment plans, according to Luis Martinez-Monfort, founding partner of law firm Gardner Brewer Martinez-Monfort.

“The appetite to work through forbearance from both the tenant and landlord is pretty high because I don’t think landlords believe, dependent upon the type of tenant they have, that there’s someone who’s immediately going to backfill a space,” Martinez-Monfort says.

In a stable economy, Martinez-Monfort says there might be multiple groups that want to try their business concept into your restaurant. During COVID, that isn’t happening. “I don’t know if there are a lot of restaurant concepts knocking on the door behind a tenant who failed,” he says. “There’s not a lot of people seeking to start restaurants right now.”

If they think their tenant has a chance, Martinez-Monfort says landlords are deferring payments to the end of a lease or spreading them out throughout the lease. “They’re coming up with delayed payment methodologies to resolve the inability of that tenant to pay,” he says

If there is no structured forbearance agreement, tenants are looking for other exits, including buying themselves out of their lease. That is usually only a solution if bankruptcy is not a viable option for them, according to Martinez-Monfort.

“I think you’re seeing a lot of landlords and tenants working through that [a lease buyout],” Martinez-Monfort says. “The landlord is saying, ‘Pay me what you can, we’ll close out the lease and I’ll try to get a new tenant.’ It’s happening at a higher frequency [than usual]. You normally wouldn’t see a ton of that. But I think you’re going to start seeing more of it.”

For many smaller stores, this is a viable option. Martinez-Monfort says most small mom-and-pop stores won’t file for bankruptcy. They’ll just tell the landlord that they can’t pay.

“They typically won’t go to bankruptcy because there’s no benefit to it,” Martinez-Monfort says. “They can try to do the best they can with a judgment down the line, or they can try to reach some amicable resolution with the landlord [on partial payment]. So you can close that chapter.”

Unfortunately, Martinez-Monfort forecasts a lot of these situations arising over the coming years. “I think you’re going to see a lot of that in small mom-and-pop landlord-tenant disputes,” he says. “These small businesses are going to be the ones that always suffer the most.”

Now that their PPP loans have expired, Martinez-Monfort sees a lot of mom-and-pop stores seeking creative ways to get out of their leases.

“Some of this [tenants’ problems] has been suppressed because tenants have the ability to pay if they apply their PPP funds,” he says. “The PPP funds have artificially stabilized the market to a certain extent.”

Massive Changes are Happening in the US Housing Market
US Real Estate Market Forecast 2023: Insights for Buyers & Sellers in the Housing Market
What are the trends in the 2023 housing market?
Housing market crash: NOT everywhere YET, here’s why!
Hang on, now you have to pledge allegiance to the climate change gods to get a job? | Redacted News